I’m the author of this blog. I work as a Senior Engineering Manager at Booking.com in Amsterdam, Netherlands.

Resources to Catch Up on Bitcoin, Cryptocurrencies, and NFTs

Resources to Catch Up on Bitcoin, Cryptocurrencies, and NFTs

Published by Emmanuel Goossaert on March 19, 2021

A short recap on the world or Bitcoin, cryptocurrencies, and non-fungible tokens (NFTs).

END_OF_DOCUMENT_TOKEN_TO_BE_REPLACED
Coach or Mentor: What is the Difference and How To Choose? 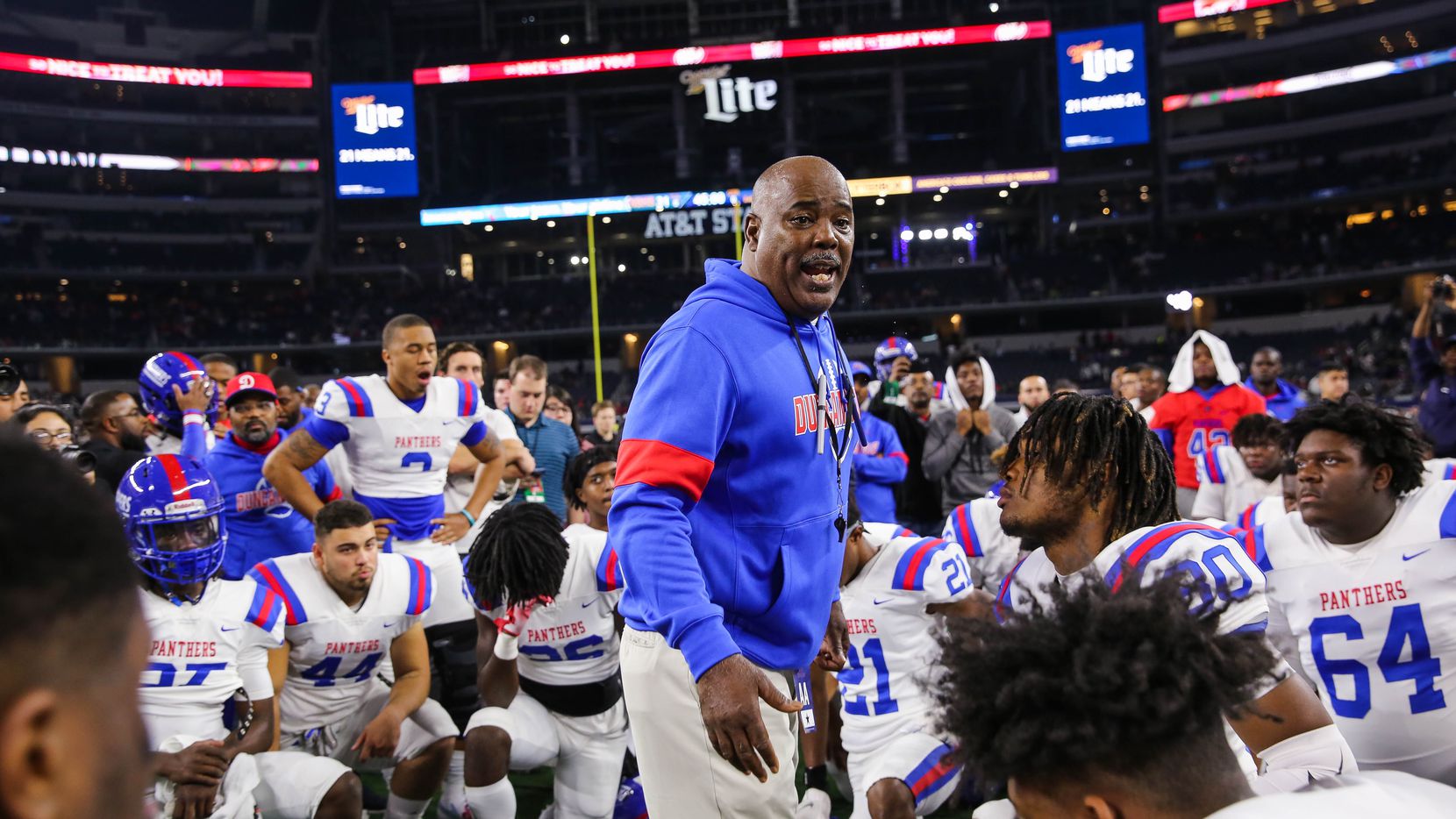 Coach or Mentor: What is the Difference and How To Choose?

Published by Emmanuel Goossaert on March 3, 2021

“Of course,” said my coach, “that’s because you’re not listening.”

I leaned back in my chair and stayed there, quiet and confused. Trying to grasp what he said, I asked “What do you mean I’m not listening?”

“I’m not saying you’re not hearing,” he replied, “but that you’re not paying attention.” He paused for a few seconds to let that sink in me, as he knew like no one else how to use silence. Then, he continued “You’re not looking to uncover the facts about what really happened. You have to look for the facts.”

That was a total “aha” moment for me. It felt like my brain had expanded right inside my skull and turned upside down. And this is just one example among many that happened during our calls.

Published by Emmanuel Goossaert on February 9, 2021

As an engineering manager, I’ve been thinking how much sharing my opinion of someone’s performance and skills can influence others around me to think the same.

For example during the weekly meetings I have with my peers at work, if I praise or complain about a person in my area having some behavior, I will shift the perception my peers have of that person.

When you have to manage people, staying objective when assessing a person’s performance is always a challenge, no matter the experience or seniority. There are several traps to avoid, one of them is to rely on reputations too much because although reputations offer convenient mental shortcuts, they also bring their load of subjectivity.

END_OF_DOCUMENT_TOKEN_TO_BE_REPLACED
A Complete Overview of Front-End Development in 2021 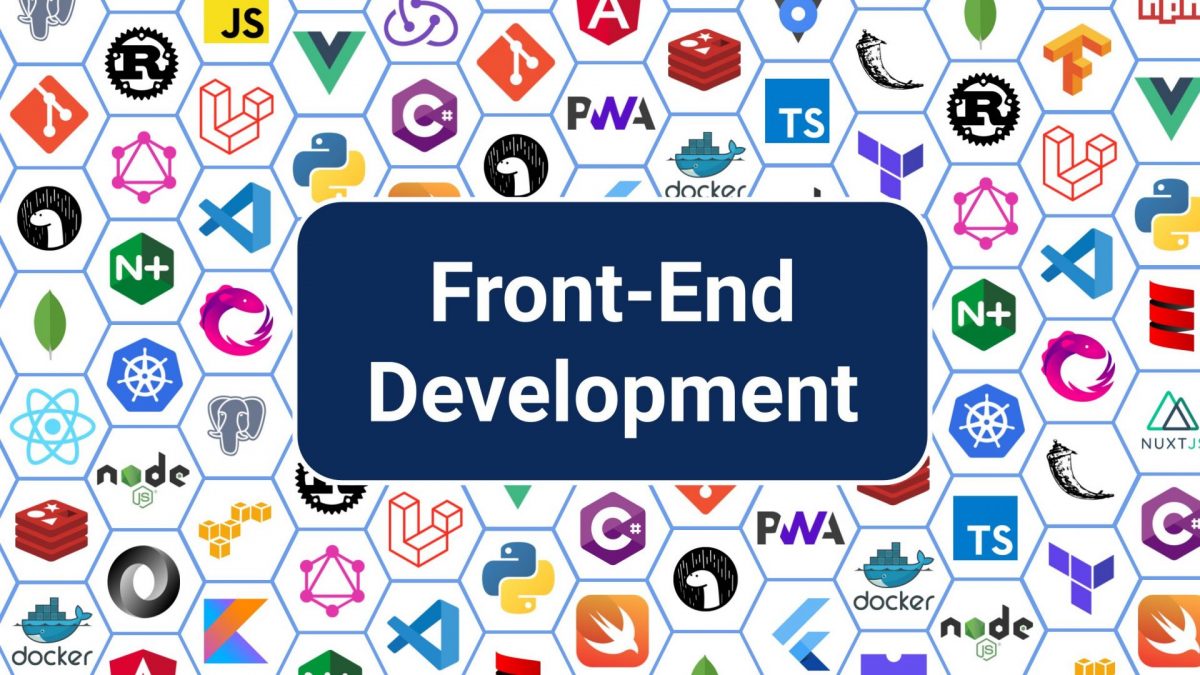 A Complete Overview of Front-End Development in 2021

Published by Emmanuel Goossaert on January 26, 2021

Wasm, ESLink, Webpack, Serverless. Does this ring a bell? Do you know what these technologies are used for?

There are so many concepts and frameworks used by front-end developers, it’s hard to keep track when you don’t work on it every day.

I recently spent time brushing up my front-end knowledge and skills, and I wanted to share what I learned.

In this article, I give a concise yet complete rundown of all the main technologies used for front-end development, along with resources to dive deeper where needed.

END_OF_DOCUMENT_TOKEN_TO_BE_REPLACED
I Invested in Myself: I Hired a Copy Editor to Improve My Writing

I Invested in Myself: I Hired a Copy Editor to Improve My Writing

Published by Emmanuel Goossaert on January 14, 2021

I invested in myself.

I hired a copy editor to review a 4,000-word draft I was working on. 48 hours and $180 later, he had left 439 edits and comments on my draft, along with a gold mine of feedback on how to improve my writing skills.

Why care about writing? In these times of continued lockdowns and remote work, more communication happens in written form, whether it’s emails, messaging, or long-format reports and articles. More than ever before, your mastery of the written word can boost your career in unexpected ways.

Besides, writing skills will be useful to you in any job you’ll have in the future, and regardless of industries. It’s one of those skills that’s entirely transferable, like public speaking and negotiating.

Hiring an editor to review your writing and giving you feedback is one of the best gifts to offer yourself.

Here I share my experience doing it along with tips on how to make the process as fruitful as possible, hoping it will help you too. 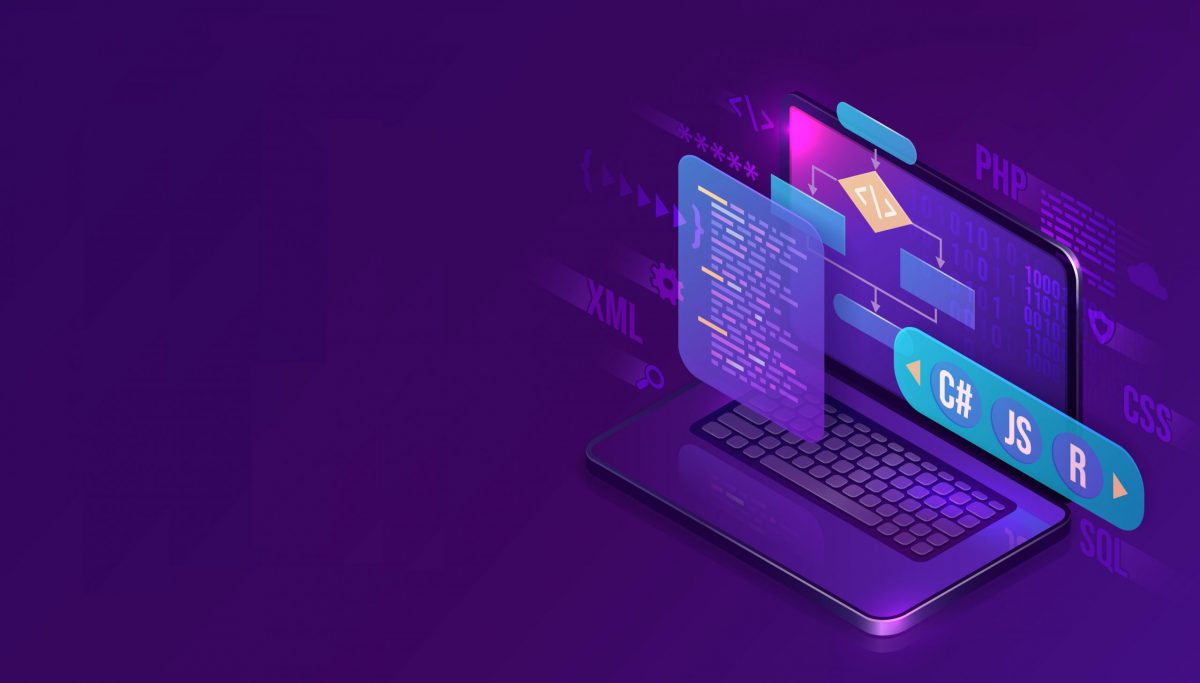 How to Keep Your Tech Skills Sharp in a Leadership Role

Published by Emmanuel Goossaert on January 5, 2021

When I became a senior engineering manager three years ago and had multiple teams reporting to me, I was no longer building things on the job myself. This was the first day of the decay of my pure technical skills, and with it came the question of what I was going to do about it.

Fast-forward to March 2020, I’m sprinting through the Sao Paulo airport, hugging my carry-on luggage close to my chest and dodging other travelers as best I can. I was visiting South America when COVID-19 hit Europe and air traffic started shutting down. I was heading back home to Amsterdam and my connecting flight from Buenos Aires had landed an hour late. So I made a run for it. If I didn’t catch this flight, I was going to be stranded 10,000 kilometers away from home.

Fifteen minutes, 40 gates, and a wobbly knee later, I finally reached the boarding area completely out of breath and managed to catch my flight home.

When I got back to work in the following days, most of my colleagues had been working from home via video calls for about a week already. I had missed the early days of the quarantine, but luckily the local supermarkets hadn’t been raided too badly, and I was able to get my hands on toilet paper.

As I started setting up my quarantine routine, I made the decision to tackle the hitch that had been annoying me for a long time, and by this I mean I was determined to catch up with the cutting edge in tech.

My plan was simple: I was going to build a web app as a pretext to learn an entire tech stack end to end. I actually tracked the time I spent on it weekly to hold myself accountable, and it worked!

After more than 100 hours of coding and learning between April and November 2020, I launched the MVP for Sidenote.me, a web app to take time-stamped notes on videos. In the process I learned in-depth about TypeScript, Node.js, and MongoDB, and I performed a high-level refresher on the state of the industry in other tech ecosystems, such as containerized infrastructure, micro frontends, and serverless computing.

END_OF_DOCUMENT_TOKEN_TO_BE_REPLACED

Published by Emmanuel Goossaert on December 8, 2020

If there’s one lesson that 2020 has taught me, it’s the value of focusing on opportunities rather than lamenting myself on what is not possible or what was taken away. I took advantage of the quarantine to go back to coding on a regular basis during my free time, and in the process I learned about TypeScript, Node.js, and MongoDB.

When I took a more managerial path early 2016, my focus naturally switched towards organizational topics. I must admit it did feel that my tech chops were slowly getting rusty, and I knew I had to do something about it. So when the first quarantine started, I set a simple goal for myself: to code for at least three hours per week. I actually tracked the time I spent on it to hold myself accountable, and I did hold onto it.

Today, after more than one hundred hours of coding and learning spent between April and November 2020, I am super proud to announce that I am launching an MVP for Sidenote.me, a web app to take timestamped notes on videos. If you’re reading this post until here, it would mean the world to me if you gave it a try just for a minute and then posted your feedback in the comments section below. And if you like it, talk about it on your favorite social media.

By the way, I’m going to be posting on this tech blog again very soon, about engineering and leadership topics. Subscribe to my newsletter below for fresh articles.

END_OF_DOCUMENT_TOKEN_TO_BE_REPLACED

Published by Emmanuel Goossaert on November 12, 2017

Building and maintaining infrastructure services requires to strive for quality and ownership. But it’s not always easy to know what we are missing, and what assumption we are making that we don’t know of. To help myself and my colleagues reason about whether we are addressing the important topics, I came up with something I call the Service Ownership Checklist. It’s still in a draft format, but I’ve already refined it thanks to the help and feedback of many of my peers around me, and I’m now releasing it on my blog hoping that it can help other infrastructure engineers as well.

The way to use this document is to share it with your colleagues and teams, and have them ask each other some of the questions to see how they’re doing on all these topics and challenge their assumptions. You will hopefully uncover unknown issues, and create enough urgency to go and fix them.

The SRE organization at Google is running Launch Reviews when they release new services, and for this they use a Launch Review Checklist. I recommend that you read Chapter 27 of the Google SRE book, which covers the subject.

Finally, if you think of any other topics, or of a better way to group the questions into categories, please post a comment below! And if you enjoyed this article, subscribe to the mailing list at the top of this page, and you will receive an update every time a new article is posted. 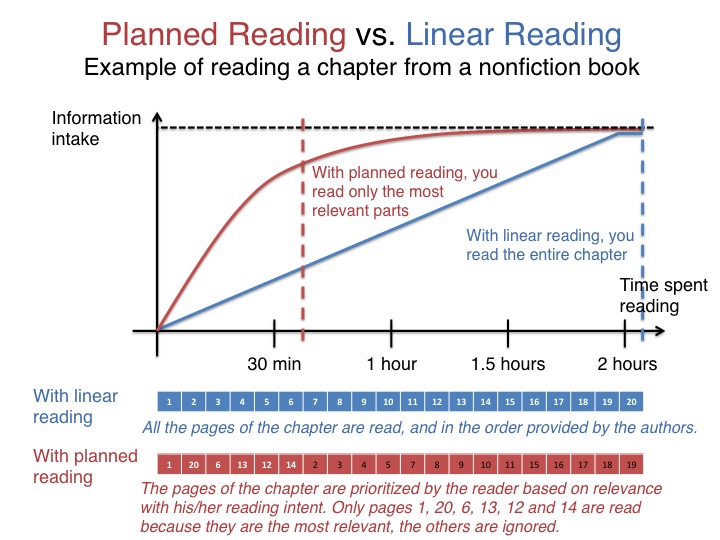 Published by Emmanuel Goossaert on May 6, 2017

I am always on the lookout for unusual and interesting books, from which I hope to learn new ideas. But time becomes an issue, as I have to prioritize which books and articles to read first. About a year ago, I wrote an article about the industry standards for nonfiction…

END_OF_DOCUMENT_TOKEN_TO_BE_REPLACED
Autonomous Peer Learning at Booking.com and How You Can Do it in Your Organization 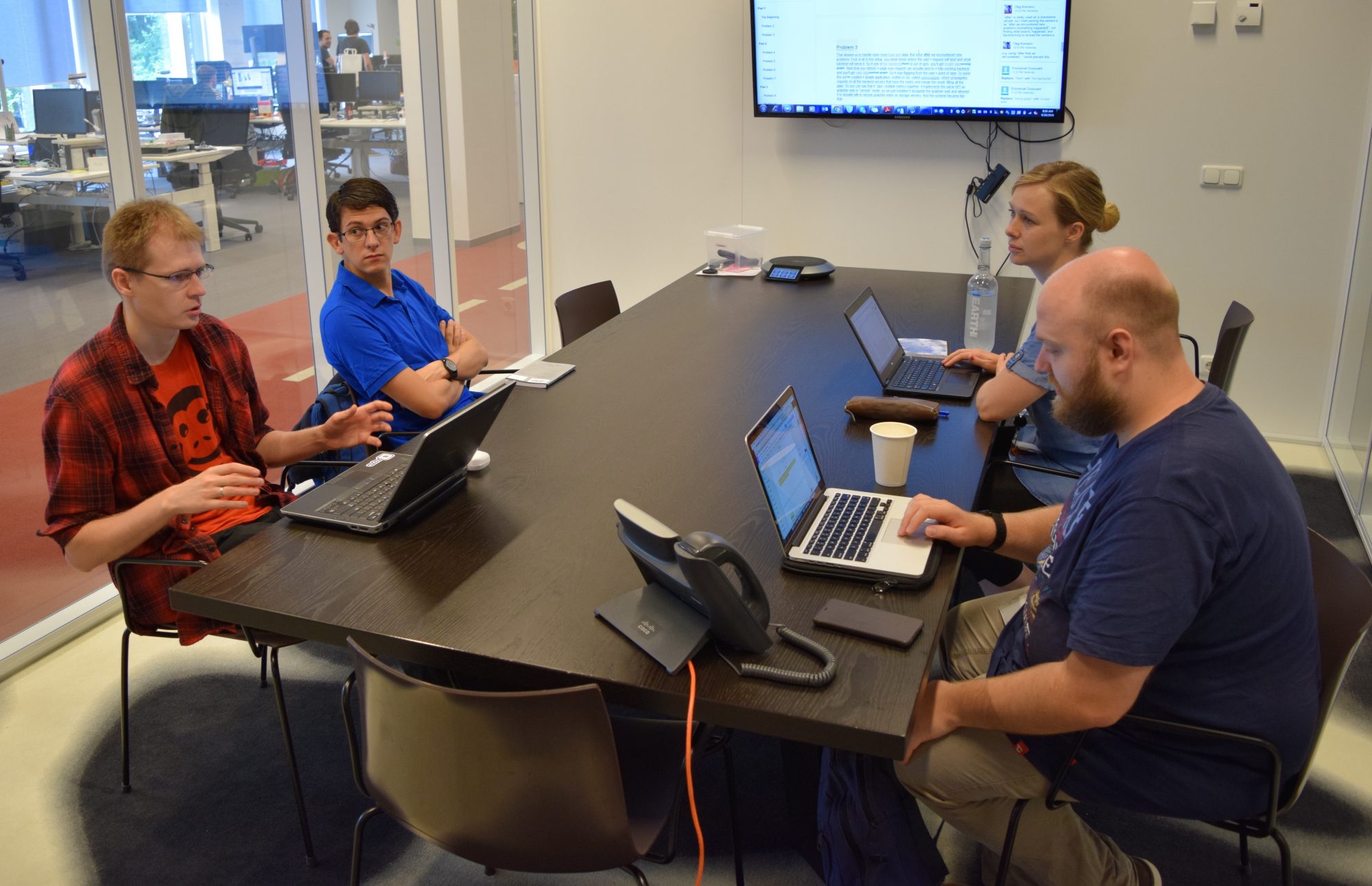 Autonomous Peer Learning at Booking.com and How You Can Do it in Your Organization

Published by Emmanuel Goossaert on December 11, 2016

This article was originally published for Booking.com’s Technology blog on November 23rd, 2016.

Continuous learning on the job is hard. We all see things we want to improve, but maybe we’re missing a few skills to really make an impact. With most days filled with emails and meetings, there’s often not much time left for learning, no matter how much we want to develop our skills.

Although many organizations try to remedy this issue by employing external companies to handle training, they rarely follow-up to ensure such trainings are actually value for money. Not only that, employees are often left to figure out how their new skills can be applied to daily work, and sometimes they are even left wondering if the training taught them anything useful at all.

I work at Booking.com as an engineering manager, and in my job I wanted to learn about a topic for which there was no formal training. I ended up creating a study group that became the blueprint for autonomous peer learning in our Technology department. It’s an initiative that has been scaled to 50 Peer-to-Peer (or P2P) learning groups over the last 18 months.

The premise of P2P groups is that participants take the time to think about what they want to learn and why. This means their learning is tailored from the very beginning, ensuring that it is both relevant to their work and beneficial to their organization.