I’m the author of this blog. I work as a Senior Engineering Manager at Booking.com in Amsterdam, Netherlands. 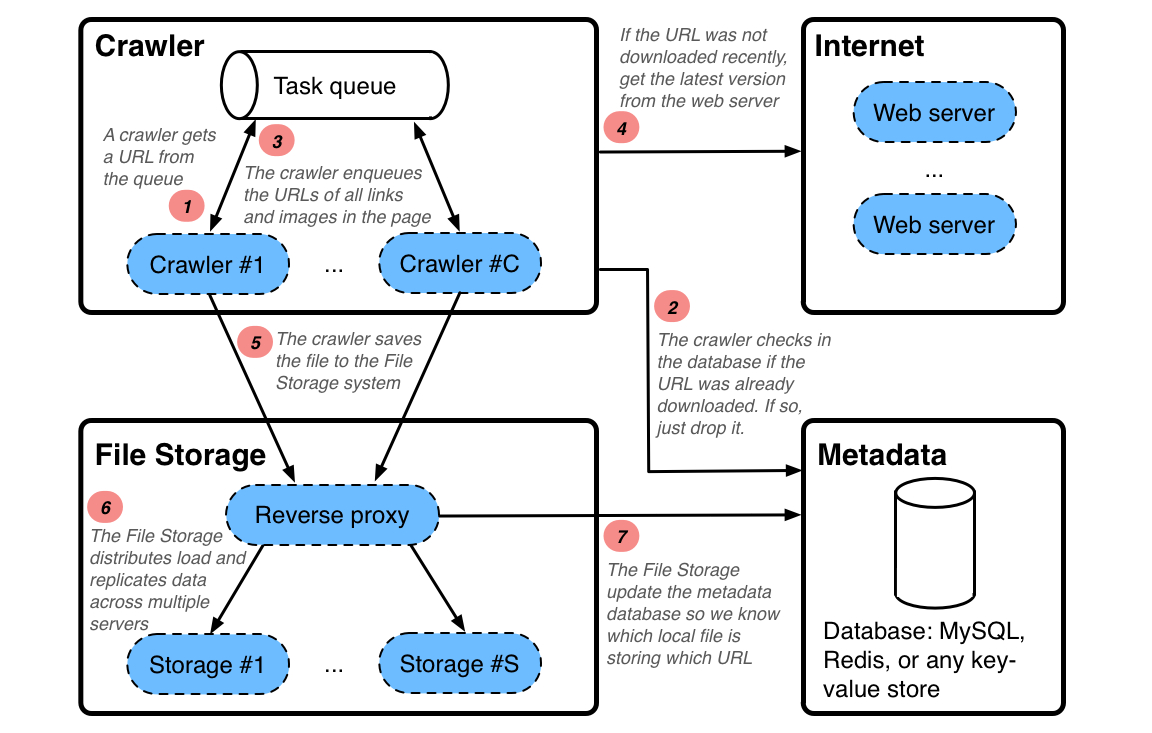 How to get started with infrastructure and distributed systems

Published by Emmanuel Goossaert on January 3, 2016

Most of us developers have had experience with web or native applications that run on a single computer, but things are a lot different when you need to build a distributed system to synchronize dozens, sometimes hundreds of computers to work together.

I recently received an email from someone asking me how to get started with infrastructure design, and I thought that I would share what I wrote him in a blog post if that can help more people who want to get started in that as well.

To receive a notification email every time a new article is posted on Code Capsule, you can subscribe to the newsletter by filling up the form at the top right corner of the blog.

For multiple computers to work together, you need some sort of synchronization mechanisms. The most basic ones are databases and queues. Part of your computers are producers or masters, and another part are consumers or workers. The producers write data in a database, or enqueue jobs in a queue, and the consumers read the database or queue. The database or queue system runs on a single computer, with some locking, which guarantees that the workers don’t pick the same work or data to process.

Let’s take an example. Imagine you want to implement a web crawler that downloads web pages along with their images. One possible design for such a system will require the following components:

Figure 1 below shows how we can put all the sub-systems together to have a basic distributed web crawler. Here is how it works:

1. A crawler gets a URL from the queue.
2. The crawler checks in the database if the URL was already downloaded. If so, just drop it.
3. The crawler enqueues the URLs of all links and images in the page.
4. If the URL was not downloaded recently, get the latest version from the web server.
5. The crawler saves the file to the File Storage system: it talks to a reserse proxy that’s taking incoming requests and dispatching them to storage nodes.
6. The File Storage distributes load and replicates data across multiple servers.
7. The File Storage update the metadata database so we know which local file is storing which URL.

The advantage of a design like the one above is that you can scale up independently each sub-system. For example, if you need to crawl stuff faster, just add more crawlers. Maybe at some point you’ll have too many crawlers and you’ll need to split the queue into multiple queues. Or maybe you realize that you have to store more images than anticipated, so just add a few more storage nodes to your file storage system. If the metadata is becoming too much of a centralized point of contention, turn it into a distributed storage, use something like Cassandra or Riak for that. You get the idea.

And what I have presented above is just one way to build a simple crawler. There is no right or wrong way, only what works and what doesn’t work, considering the business requirements.

Talk to people who are doing it

The one unique way to truly learn how to build a distributed system is to maintain or build one, or work with someone who has built something big before. But obviously, if the company you’re currently working at does not have the scale or need for such a thing, then my advice is pretty useless…

Go to meetup.com and find groups in your geographic area that talk about using NoSQL data storage systems, Big Data systems, etc. In those groups, identify the people who are working on large-scale systems and ask them questions about the problems they have and how they solve them. This is by far the most valuable thing you can do.

There are a few basic concepts and tools that you need to know about, some sort of alphabet of distributed systems that you can later on pick from and combine to build systems:

There is a ton of content online about large architectures and distributed systems. Read as much as you can. Sometimes the content can be very academic and full of math: if you don’t understand something, no big deal, put it aside, read about something else, and come back to it 2-3 weeks later and read again. Repeat until you understand, and as long as you keep coming at it without forcing it, you will understand eventually. Some references:

Build something on your own

There are plenty of academic courses available online, but nothing replaces actually building something. It is always more interesting to apply the theory to solving real problems, because even though it’s good to know the theory on how to make perfect systems, except for life-critical applications it’s almost never necessary to build perfect systems.

Also, you’ll learn more if you stay away from generic systems and instead focus on domain-specific systems. The more you know about the domain of the problem to solve, the more you are able to bend requirements to produce systems that are maybe not perfect, but that are simpler, and which deliver correct results within an acceptable confidence interval. For example for storage systems, most business requirements don’t need to have perfect synchronization of data across replica servers, and in most cases, business requirements are loose enough that you can get away with 1-2% or erroneous data, and sometimes even more. Academic classes online will only teach you about how to build systems that are perfect, but that are impractical to work with.

It’s easy to bring up a dozen of servers on DigitalOcean or Amazon Web Services. At the time I’m writing this article, the smallest instance on DigitalOcean is $0.17 per day. Yes, 17 cents per day for a server. So you can bring up a cluster of 15 servers for a weekend to play with, and that will cost you only $5.

Build whatever random thing you want to learn from, use queuing systems, NoSQL systems, caching systems, etc. Make it process lots of data, and learn from your mistakes. For example, things that come to my mind:

Look at systems and web applications around you, and try to come up with simplified versions of them:

Once you’ve build such systems, you have to think about what solutions you need to deploy new versions of your systems to production, how to gather metrics about the inner-workings and health of your systems, what type of monitoring and alerting you need, how you can run capacity tests so you can plan enough servers to survive request peaks and DDoS, etc. But those are totally different stories!